I have been the Leader of Hertsmere Borough Council for 10 years, having first been elected as a Conservative Councillor in 1999. I am also an elected member of Hertfordshire County Council, where I am the Deputy Cabinet member for Resources, Property and the Economy.

I am also Vice-Chairman of the Local Government Association (LGA) Safer Communities Board and assist the LGA by running media courses in their Next Generation Scheme, aimed at training up local authority leaders.

I am the Chairman of the Board of Directors at Elstree Studios - the only studios in the country owned by a local authority. In conjunction with the Elstree Managing Director, I oversees the day-to-day running of the world-famous Studios site

I worked as a journalist – both as a writer and broadcast journalist – for 25 years. I continue to write and produce features, as well as act as a freelance consultant in film, television and other media. I am a regular guest broadcaster on British television and radio. I am a member of the British Academy of Film and Television Arts and was awarded a MBE for Services to Local Government in the 2018 New Year Honours.

At a full council meeting of Hertsmere Borough Council on Wednesday 26 January 2022, Leader Cllr Morris Bright MBE, announced that the authority’s draft local plan is to be shelved.

Hertsmere have launched their draft Local plan which will help shape our Borough for the next 15 years. 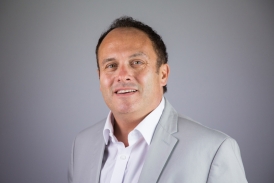