The Journey to Establish a Local Modern Slavery Partnership in Hertfordshire 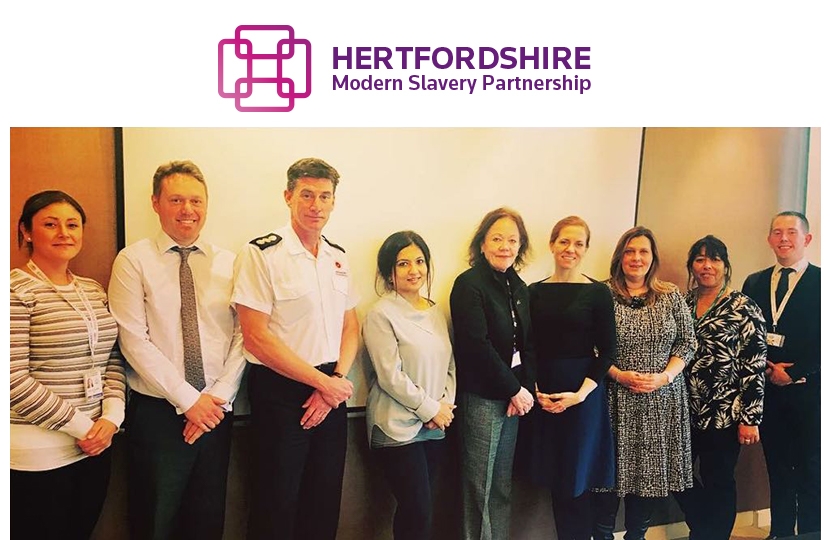 After hearing horrific stories of wide-scale international child trafficking cases in 2012, I felt compelled to play my part in tackling this heinous crime. Not long after this realisation, I co-founded Shiva Foundation, a corporate foundation with a mission to tackle and prevent human trafficking and modern slavery in the UK. It soon became clear that this issue was not just a global problem, but a local one too.

The Government estimates that there are between 10,000 and 13,000 victims of modern slavery across the UK, but as this is a hidden crime, it is likely that the numbers are far greater. The main types of modern slavery that have been officially recorded in the UK in recent years are: forced labour, human trafficking and sexual exploitation, with the most vulnerable local industries being agricultural, nail bars, construction, car washes and catering & hospitality. Consequently, when I was elected in 2015, with the support of the leader of our council, Morris Bright, I took it upon myself to raise awareness of modern slavery among local stakeholders in Hertsmere, whilst also highlighting their responsibility to tackle this complex issue. Once Hertsmere was on board, I began engaging with other key stakeholders across Hertfordshire. 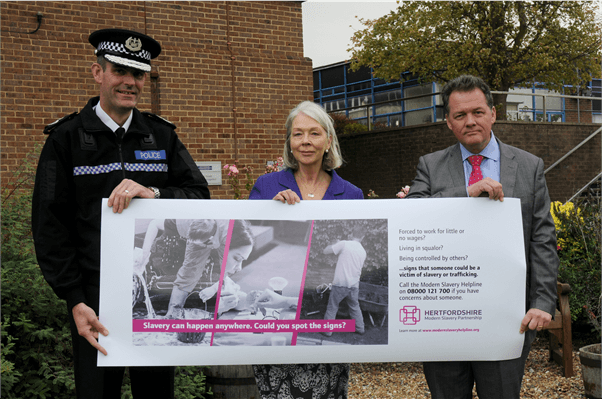 With support from the Hertfordshire Police and Crime Commissioner, David Lloyd, and senior level figures from Hertfordshire Constabulary, Hertfordshire County Council and the local Borough Councils (including Hertsmere), we organised a conference in March 2017, which focused on addressing modern slavery in the county. This conference was supported by Prime Minister, Theresa May and Independent Anti-Slavery Commissioner, Kevin Hyland OBE, and was attended by over 250 representatives from statutory agencies in Hertfordshire. On the back of that, the Hertfordshire Modern Slavery Partnership (HMSP) was formally launched in May 2017. Around the same period, I presented a modern slavery motion before Hertsmere Borough Council, which was unanimously passed.

"There is however much more to do and we will continue to lead the global fight to eradicate modern slavery and strengthen our own response [...] That is why today's conference is so important." - Prime Minister Theresa May

The Partnership’s purpose is to provide a strategic meeting framework for Hertfordshire to raise awareness, share information and proactively work together to ensure a consistent and robust approach to tackling modern slavery. The HMSP is comprised of more than 40 statutory/non-statutory agencies and charities, including senior level representatives from Hertfordshire County Council, Hertfordshire Police and Crime Commissioner's Office and the Hertfordshire Constabulary.

Since its creation, the Partnership has trained over 1500 personnel from across local statutory agencies to recognise the signs of modern slavery, facilitated multi-agency welfare visits, increased awareness of modern slavery in Hertfordshire through public awareness campaigns and established 24-hour reception centres for police operations where there are at least 5 victims. Our efforts have been recognised as an example of best practice by the Local Government Association Modern Slavery Workshop Series, and I co-presented our model with the Hertfordshire Constabulary Serious Organised Crime Groups Anti-Trafficking Lead, Detective Sergeant Duncan Montague, at the London workshop in January 2018. 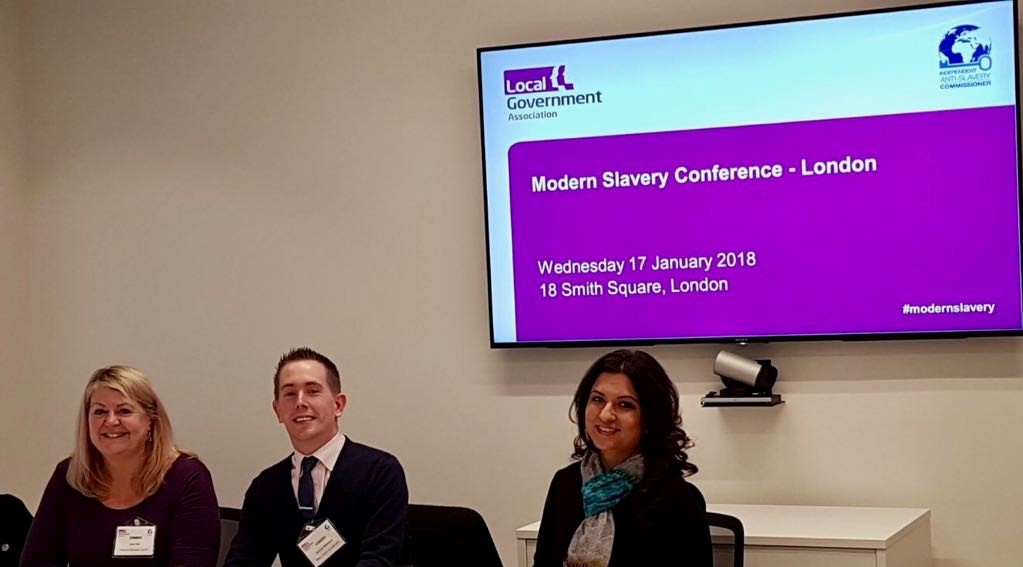 In line with the increase in modern slavery cases, the HMSP is looking to:

We will also be organising another conference in autumn 2018 to present the Partnership’s journey since May 2017 (including the successes, and the challenges that we have encountered in meeting our objectives),and launch our new strategy.

It is important for Hertsmere residents to recognise that the responsibility for tackling modern slavery does not just lie with statutory and non-statutory agencies - we all must play our part by reporting concerns to relevant services. Call 999 if it is an emergency, or call 101 or the National Modern Slavery Helpline on 08000 121 700 for advice.

The signs to look out for are:

Note: Trafficking gangs are dangerous criminals. Make sure to report concerns, but do not attempt to act on suspicions yourselves, as you may put yourself or the victim(s) at risk.

*Figures correct as of October 2017